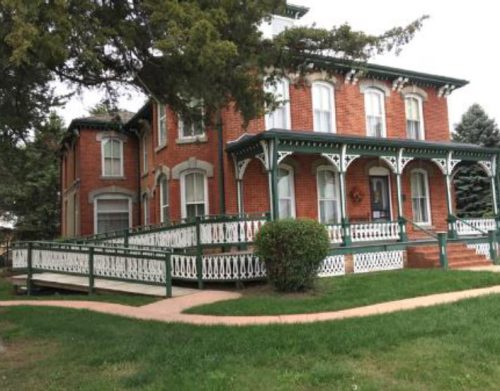 An in-person Preservation Awards ceremony was held on November 17, 2021, at a noon Rotary meeting. There CCHPC board member presented awards to individuals for preserving and rehabilitating structures. In addition, this year a special recognition award was given to Jim Stone for his long-term work in preservation.

The first award was to The Farmer’s Daughters Sewing Museum, 31417 Bluff Road, owned by Richard and Sally Abild. The original livestock barn was built by Ole Lewison in 1894. In 2013 Jim Stone surveyed the structure called the Hans Lewison barn. Currently the building is a museum. The major change to the structure was the addition of a lean-to expand the museum seen in the photograph below.

The second award was given to The Main Street Inn: 221 East Main Street owned by Carson and Courtney Merkwan for extensive rehabilitation. The building was the Charter house of the Beta Theta Pi Fraternity built in1925. In 1968 Sigma Nu purchased the building and occupied it from 1970 until 2015. The Merkwans purchased the house in 2018. It was fully gutted and rehabilited to serve in part as their home and as a bed and breakfast, which opened in 2021.

The third award was given to Donna and Pat Gross for Renovation of multiple buildings. The Grosses renovated four buildings located on Lewis Street and Forest Avenue with the intent to sell them for single family residences. The building located at 310 Forest Avenue was built in 1917 by Peter Leikvold. It was purchased by the Grosses in 1971 and fully restored from apartments to a family dwelling. Mary and Bill Janklow lived there while he was in Law School.

The 213 L two story Lewis Street house was built in 1911 by H. B. Palm and in 1913 bought by
George Spark to house Thompson Lumber workers. In 1945 Susan Alger Crawford purchased it and built
a ranch house at 215 Lewis in 1951and rented 213 to faculty members. The Grosses purchased both
houses and renovated them.

Another building that the Grosses renovated is located at 300 Lewis Street (shown below). The
house was built in 1875 by W. O. Devay and in 1916 Henry Richardson moved it to its present location.
The Grosses purchased the house in 2016 and made major renovations to the building.

The last award was given to Jim Stone for his outstanding work in preservation. Jim
documented preservation with his extensive barn survey of over 360 barns in Clay County. He also wrote
two books: “The Danish Brick Barn and Log Cabin” and “The Burr Broom Factory”. Jim coauthored
booklets on construction of the Thompson house fireplace and the construction of the Thompson
Exhibit at the W. H. Over Museum. Moreover, Jim actively pursued preservation by helping construct
the 2nd replica of the first log cabin schoolhouse in Vermillion. At the Austin-Whittemore House he also helped refurbish the widow’s watch, and construct a ramp, and bathroom. Finally, Jim helped create the Thompson Exhibit (fireplace located in the exhibit is shown below) and worked on several other exhibits at the W. H. Over Museum.

During the ceremony awardees discussed the importance of historic preservation to the history of Clay County and South Dakota, the need for team work to complete preservation projects, and necessity to engage citizens in preservation efforts. Congratulations to all awardees! 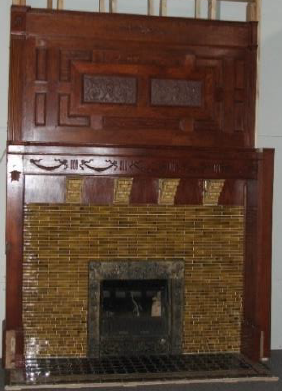 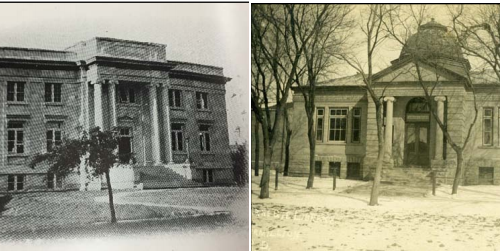 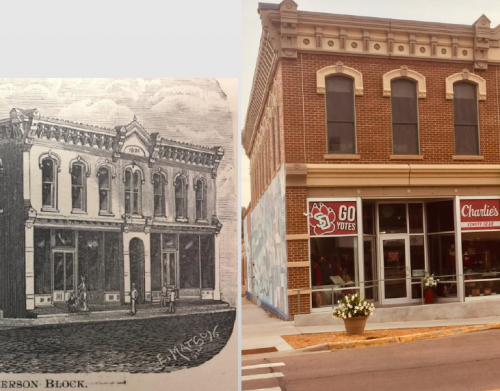 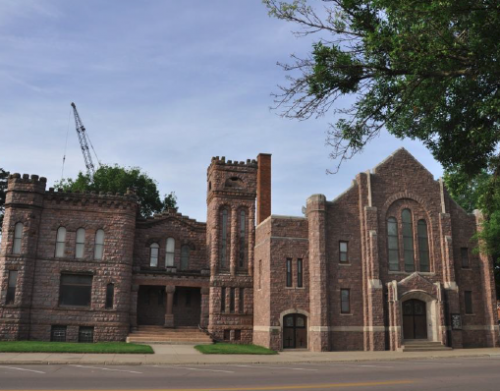